One app for all

Mediahuis is one of the largest media companies in Belgium and the Netherlands with a wide range of appealing brands such as De Standaard, Gazet van Antwerpen, De Telegraaf and NRC Handelsblad.

Due to a large number of news brands, Mediahuis has developed an app strategy in which news apps from different brands can be built from the same backend. The front-end codebase is also identical. A kind of white-label strategy, in other words. But with room per brand to influence the look & feel and available functionalities.

The Gazet van Antwerpen is the first title to use the app and is currently working on the rollout of several new titles.

The app is developed in Swift (iOS) and Kotlin (Android).

The Gazet van Antwerpen app is available in the App Store and Google Play. 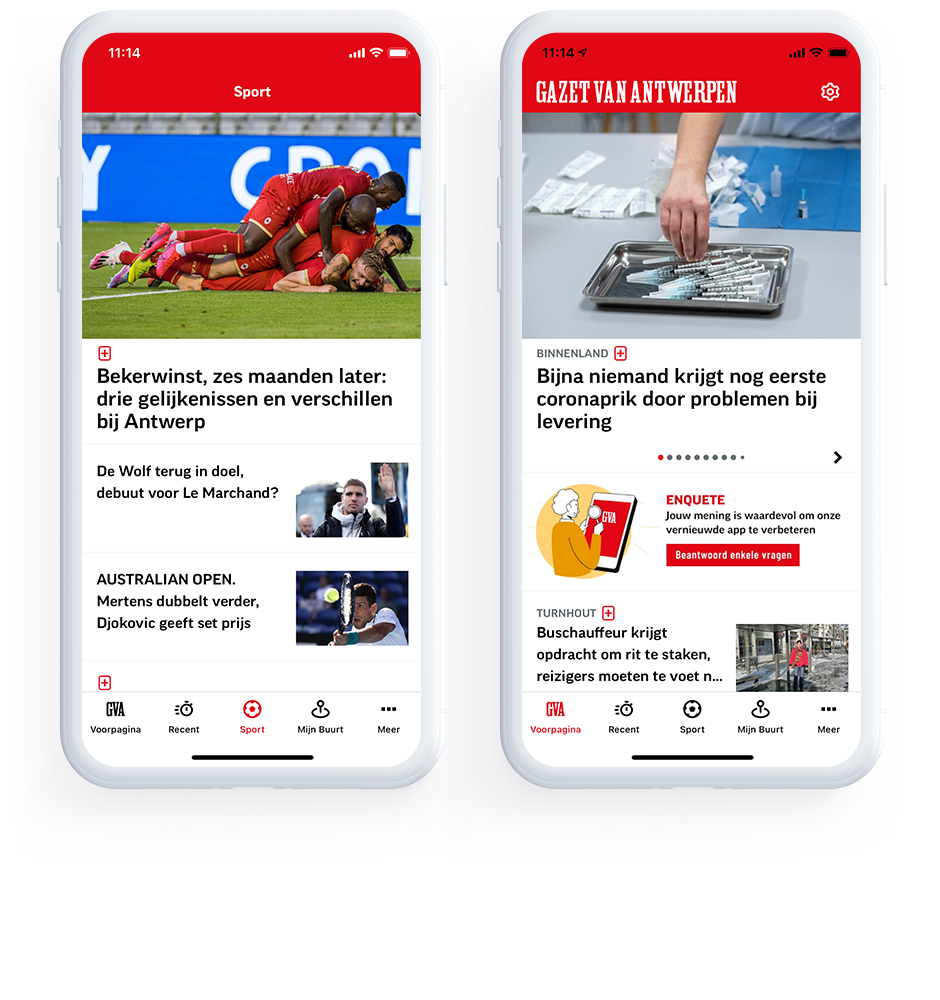 The Gazet van Antwerpen app is available in the App Store and Google Play.